A place of tradition

In 1827 a "Landhaus" is mentioned for the first time in the annals – in those days referring to a cottage reserved for retired owners of the Rolandsmuhle after it was passed on to their heirs. However, in the year 1840 the Landhaus is already an inn for thirsty coachmen stopping here with their horse carriages. It is located on a bustling country lane and nobody ever dreamt of this bumpy lane once becoming Hamburg´s famous and magnificent Elbchaussee. Along this beautiful avenue we find the sumptuous mansions of Hamburg´s shipowners, Hanseatic merchants and other wealthy citizens of the Free and Hanseatic City of Hamburg.

In 1975 the Landhaus was bought by Armin and Emmy Scherrer from the Elbschlossbrauerei and refurbished lavishly and with a great deal of artistic talent. They called it Landhaus Scherrer, thus opening Hamburg´s first gourmet restaurant of international standing in 1976.

There must be a good reason for a restaurant to be a success for over 30 years. As Armin Scherrer unfortunately died very early, Emmy Scherrer decided to make Heinz O. Wehmann – former Chef de Cuisine – a partner - a really wise decision. Wehman completed his successful philosophy – northern country-style, innovative, creative and delicious – with touches of Mediterranean and Asian cuisine.

A place full of art

Right from the beginning the interior decoration displayed contemporary art at its best. The menu cards and wine lists were designed by such well-known artistis as Otto Bachmann, Dieter Wien and Wolfgang Götze. The design of the beautiful setting plates lay in the hands of Wolfgang Fratzscher. And – last but not least – Katharina Joanowitch illustrated the Landhaus cookbook. The portraits of voluptuous ladies in sensual colours on the walls looking down rather mockingly on the dining gourmets convey a hint of eroticism.

The Landhaus wine list is unique in Hamburg: over 12,000 outstanding bottles are itemized under 640 headings and are stored at the respective optimum temperature – Bacchus himself could have been the godfather of the cellar.

Wehmann, of course, also caters for cooking classes which are very popular. The ladies who attend not only appreciate his tasty recipes but also his subdued charme. Hobby cooks will find many culinary highlights in the Landhaus. Basic products of the Wehmann cuisine like home-made pasta or prepared dressings and gravies – you name it, they have it.

The proof of the pudding is in the eating, as they say in England – why don´t you find out for yourself by paying a visit to Landhaus Scherrer. Accompanied by a delicious great wine out of the excellent wine cellar, it is always a real culinary treat. 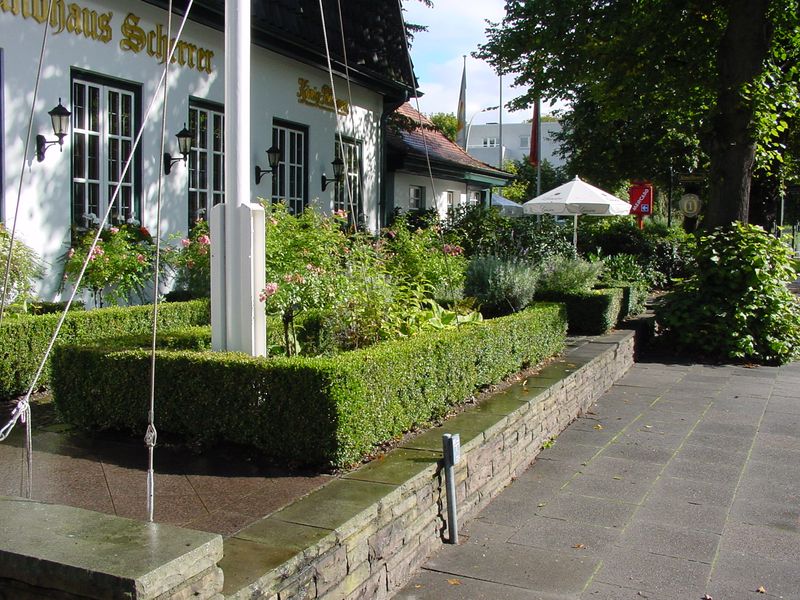 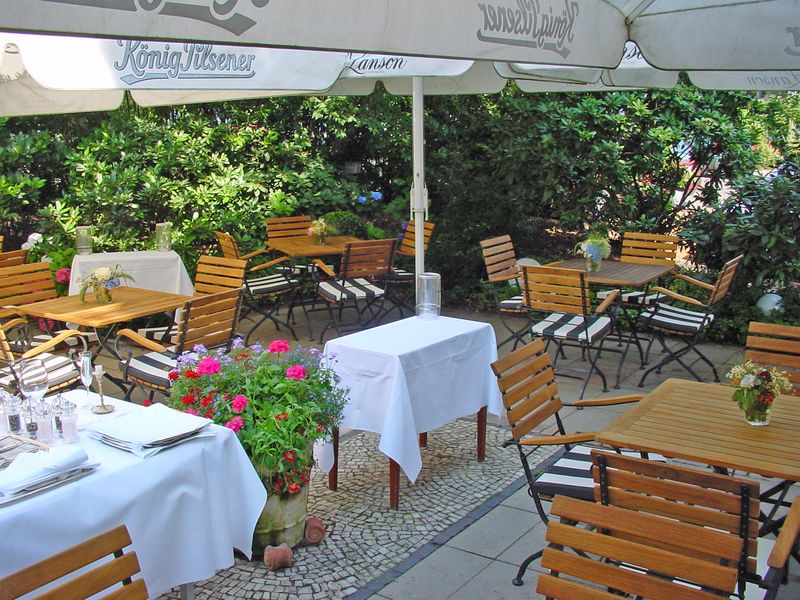